Hobby Lobby, Inc. v. Burwell was decided on June 30, and more religious rights litigation is on the way to the U.S. Supreme Court, so here are some major points of the decision as we prepare for the next round:

Read more »
Posted by James the Lawyer at 7:04 AM No comments:

My wife and daughter spent Monday night on the Upper Peninsula of Michigan and last night in Petoskey on the northern end of the Lower Peninsula.

We are migratory creatures, aren't we?  Michigan just had the coldest winter in a generation, and my wife took my daughter to her ancestral state to dip their feet in Lakes Superior, Michigan, and Huron!

But the water is more than just refreshing.  It is both primal and transcendent. 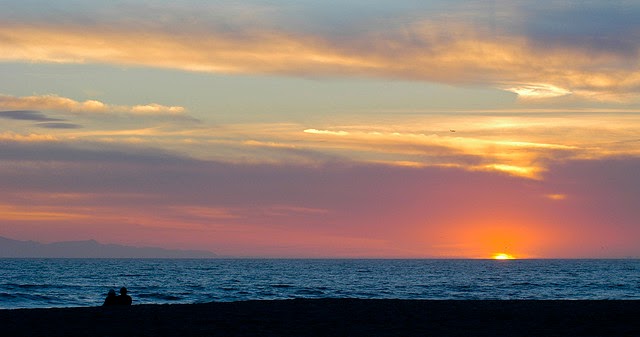 Image Credit:  “Somewhere Out There” by James Kim is licensed under CC BY-SA 2.0
Posted by James the Lawyer at 9:28 AM No comments:

Why I got into Elder Law My closest relative outside my immediate family growing up was my grandmother.  My mother was the youngest of three, and I am the youngest of four, so Grandmother was pushing seventy when I was born.  I am very fortunate that she made it to ninety.

She was an inspiration.  She thought things through, read things thoroughly, and befriended intelligent and successful people.  She attended college before many women went to college, and she majored in chemistry.  During World War I, she worked as a chemist in New York City.  She married a doctor and became the assistant editor of a medical journal.  Because I did not pursue medicine myself, I do not know just how smart she was.

Posted by James the Lawyer at 9:11 AM No comments:

Estate planning is more than writing a will.  A will declares your intentions at death regarding your property and family.  A will is generally not binding until the moment of death, but there are often assets to be administered outside of a will such as insurance, bank accounts, and investment accounts.

The modern trend is to plan estates so that very little property is covered by the will and subject to the probate courts.

Read more »
Posted by James the Lawyer at 7:42 AM No comments:

"Durable power of attorney" is an extraordinary authority to stand in for another even if he becomes incapacitated by illness or injury.

Read more »
Posted by James the Lawyer at 7:35 AM No comments:

Should you use online forms to create legal documents for yourself?

We have all written our own contracts, whether we thought about it or not.  When I was much younger, I gladly sold my ancient Toyota for $10 to someone who wanted to fix it up.  The bill of sale was hand-written.  Today, anyone can go online and draft a contract, will, power of attorney, or trademark application for a few hundred dollars or less.

Read more »
Posted by James the Lawyer at 9:34 AM No comments:

What is Wrong with the VA?

Everyone knows a veteran, and we shudder to think about our veterans being neglected by the nation that called them to service.  Scandals at the Department of Veterans Affairs, better known as the "VA," have a long history.  Today there are well over 270,000 VA employees and a budget of at least $132 billion.  The scandals are serious and are exacerbated by the vastness of the VA's mission:
·                     If favorable reviews and promotions are based upon short waiting lists, then managers are going to "fudge" the waiting lists.  VA created incentives for its managers to cheat.  In some cases they apparently shredded records, assigned patients to imaginary doctors, and hid lists.  As dishonest as some of the facility managers were, the higher-ups who set efficiency goals disconnected from reality were just as culpable.

Read more »
Posted by James the Lawyer at 8:55 AM No comments:

If someone you love became sick or disabled very fast, would you know what to do and have authority to do so?

Not long ago, a relative of mine lived happily alone, drove his car to restaurants, ran his own errands, and kept his own doctors' appointments.  One day this changed in a matter of minutes as he suddenly lost his situational awareness and his balance while on an outing with his family.

Read more »
Posted by James the Lawyer at 8:17 AM No comments:

As Dizzy Dean said long ago, "It ain't braggin' when you dun dun it."

One does not need to be a fan of gymnastics or the University of Alabama to appreciate Sarah and David Patterson.  If you had a daughter talented in gymnastics, they are the sort of college coaching team you would want for her.

Sarah Patterson was the last head coach at UA hired by the late athletic director (and somewhat famous coach) Paul Bryant.  She came to UA in 1979 as a recent graduate of Slippery Rock State to coach in a program that was in turmoil and under consideration for shutdown.  She became the Pat Summitt of women's college gymnastics.  The scoreboard is impressive enough: six national championships, eight SEC championships, 29 regional championships, and four times as NCAA coach of the year.

Read more »
Posted by James the Lawyer at 8:09 AM No comments:

What happens to your electronic accounts when you die?

Read more »
Posted by James the Lawyer at 7:08 AM No comments:

I was on Facebook for several years and enjoyed it probably too much.  It is endlessly stimulating, especially if you have lived in several places.  Nonetheless, it is addictive, and for that reason I closed my account in order to focus on people I regularly see and touch.  Besides Facebook's addictive qualities, the fact FB would change your privacy settings without notice was a very bad sign.

No regrets.  That spring Mark Zuckerberg revealed to the world during his initial public offering that there are many reasons to dislike Facebook, especially the company's indifference to anyone's privacy.

The devil's bargain of the 21st century is that we can find all sorts of people and things on the internet so long as we don't mind all of our inquiries being tracked, measured, weighed, and sold.  My wife had a Facebook account briefly, but found Facebook's crawling algorithms to be downright creepy: FB suggested dozens of friends scarcely connected to her few friends on the platform.

Because I have started my own law practice and once had a few hundred FB friends, I am considering getting another account.  Today I saw on LinkedIn these articles by Chris Chan and was reminded of why I got rid of Facebook two years ago:

"An Open Letter to Mark Zuckerberg"

I recognize the irony of my discussing these LinkedIn posts with people from all over the world on a Google account.  Google has plenty of critics too, and like LinkedIn, will sell your information to the highest bidder.  Google, however, does not have a "face" as Facebook does.

Mark Zuckerberg is a hacker turned entrepreneur turned billionaire who cannot help but tell you that he is taking your photos, videos, connections, friendships, business relationships, affiliations, families, conversations, love notes, politics, recipes, and religion to the bank (which he can now afford to buy).

As Lord Acton said, "Power corrupts, and absolute power corrupts absolutely."  A faceless corporation can be far more dangerous than one with a face, but a young narcissist's face can reveal much.  This crystal ball is not pretty.

Posted by James the Lawyer at 1:15 PM No comments:

James B. Griffin practices law in Alabama and Georgia. He focuses on "dirt and death," that is, real property rights and estate planning.

If you have a question about a legal issue in the states of Alabama or Georgia, call 205-873-2113 or contact by email at james@jamesbgriffinlaw.com.